The Evolution and Growth of the NHL

The National Hockey League (NHL) was founded in 1917 and in its first year, included the Montreal Canadiens, Montreal Wanderers, the Ottawa Senators and the Toronto Arena Hockey Club. Unfortunately, the Wanderers lasted but six games, folding after their arena burned down. The three remaining teams also competed in the 1918-19 season. By 1919-20, the Quebec Bulldogs were added to the league, and the Toronto Arenas were sold and renamed the Toronto St. Patricks. In the next season (1920-21), the Hamilton Tigers replaced the Quebec franchise.

The NHL remained constant with Hamilton, Montreal, Ottawa and Toronto until 1924-25 when the Montreal Maroons joined the league as well as the NHL’s first American franchise, the Boston Bruins.

The Hamilton Tigers folded and moved to New York as the Americans in 1925-26. The Pittsburgh Pirates also joined the NHL, which was now a seven-team league.

In 1926-27, with the addition of the Chicago Black Hawks, Detroit Cougars and New York Rangers, the NHL had expanded to ten teams, so were separated into two divisions. The Toronto St. Patricks, who were sold and became the Maple Leafs during the season, were joined in the Canadian Division by the Montreal Canadiens, Montreal Maroons, Ottawa Senators and, curiously, the New York Americans. Boston, Chicago, Detroit, Pittsburgh and the New York Rangers were placed in the American Division.

The league settled in for several seasons, only changing in 1930-31 when the Pittsburgh franchise moved to Philadelphia as the Quakers. The Detroit Falcons changed their name to the Cougars, too. The Quakers lasted but one season and by 1931-32, were gone. That same season, the Ottawa Senators folded, although only temporarily. They rejoined the NHL in 1932-33. That same season, Detroit renamed its team the Red Wings.

The Ottawa Senators hung in until 1934-35, when they moved to St. Louis as the Eagles, but by 1935-36, they, too, folded, reducing the NHL once again to an eight-team loop. That was the way the NHL remained until 1938-39. After losing the Montreal Maroons, the NHL rolled the two divisions together into a single seven-team league.

In 1941-42, the New York Americans became the Brooklyn Americans, but the short-lived experiment lasted but one season and the franchise suspended operations and ultimately folded. That meant that in 1942-43, the NHL was a six-team league: Boston Bruins, Chicago Black Hawks, Detroit Red Wings, Montreal Canadiens, New York Rangers and Toronto Maple Leafs. This was the first season of what has become known as the Original Six Era. The same six teams remained solid until the conclusion of the 1966-67 season.

The league doubled in size for the 1967-68 season. The Original Six teams were banded together in the East Division, while the West Division was comprised of the Los Angeles Kings, Minnesota North Stars, Oakland Seals, Philadelphia Flyers, Pittsburgh Penguins and St. Louis Blues.

The next major change occurred in 1974-75 when the league was split into two conferences. The Prince of Wales Conference contained the Norris Division (Detroit, Los Angeles, Montreal, Pittsburgh and the newly added Washington Capitals) and the Adams Division (Buffalo, Boston, California (the former Oakland franchise) and Toronto). The Clarence Campbell Conference was made up of the Patrick Division (Atlanta, New York Rangers, New York Islanders and Philadelphia) and the Smythe Division (Chicago, Minnesota, St. Louis, Vancouver and the newly added Kansas City Scouts).

A few more changes took place in 1976-77. The Kansas City Scouts moved to Colorado as the Rockies, and in a complex exchange, the Cleveland Barons joined the league, in effect, replacing Oakland. The Barons lasted but two seasons, and were gone after the 1977-78 campaign.

The Edmonton Oilers, Hartford Whalers, Quebec Nordiques and Winnipeg Jets joined the NHL in 1979-80 after the rival World Hockey Association folded. When the Atlanta franchise floundered, the Flames moved to Calgary in 1980-81. The Colorado Rockies left Denver and re-emerged as the New Jersey Devils in 1984-85.

The league stayed constant until 1991-92 when the San Jose Sharks were admitted to the league. The Ottawa Senators and Tampa Bay Lightning joined the NHL in 1992-93, giving the league 24 teams. It expanded by two more in 1993-94 when the Mighty Ducks of Anaheim and Florida Panthers were added, although the Minnesota North Stars moved to Dallas as the Stars.

The Quebec Nordiques moved their franchise to Colorado as the Avalanche in 1995-96. The next season, Winnipeg’s Jets also left Canada, this time to Arizona as the Phoenix Coyotes. Another franchise moved in 1997-98. This time, the Hartford Whalers relocated as the Carolina Hurricanes.

Rapid changes took place over the next few seasons. The Nashville Predators were added to the NHL in 1998-99, the Atlanta Thrashers in 1999-2000 and the last of the expansion (for now) took place in 2000-01 when the Columbus Blue Jackets and Minnesota Wild were admitted to the league. Since then, the only shuffle has been Atlanta’s move to Winnipeg for the second NHL edition of the Jets in 2011-12.

With change comes excitement, but change can also be fraught with fear. But what we can see is that a four-time league that began in 1917-18 has grown exponentially, with 30 teams well situated across North America, giving more players than ever the opportunity to play the game at its highest level, fans more exposure to the nuances of this extraordinary game, and team owners the chance to increase revenue through media rights, marketing and sponsorship, and attendance. 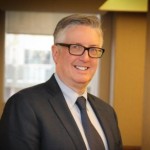 Which Sticks Do They Use? Pacific Edition

Learn the History of Every NHL Team