We’ve shown you multiple hockey drills to run in your camps and practices. Many of them focus on skating and stickhandling ability, while also featuring an important focus on puck protection and skating with the puck close to the player’s body.

The next edition of our hockey drills is no exception. Players need to be able to skate in all three zones with a mindset that anyone can attempt to take the puck from you at any time. Keeping the puck close to one’s body is not only a required skill each player should possess, but a way of thinking in camp, practice and regular games. Straying away from this could be detrimental to a player’s development, as well as the team’s chances of winning important games.

Watch as we run another puck-protection drill, this time using two xPassers and one attack triangle.

Notice how the player is staying tight to the obstacle? There are no wide turns in this drill; each player should use the xPassers and the Attack Triangle as close-range opponents, using puck shielding as a vital act throughout the drill.

Coaches will want to note the following:

We will be posting more hockey drills in the following weeks to help you prepare for hockey season. Make sure to check back often and thanks for watching!

To purchase the items required for this drill, choose your links below:

To shop our entire store, click your link below: 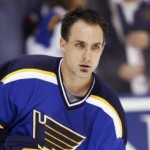 Jamie brings his 14 years of NHL experience to the xHockeyProducts Skills Development Team. Through his company, Synergy Hockey, Jamie continually develops and provides the best in hockey instruction, training, and coaching for players of all skill levels; helping them to realize their potential and becoming a complete athlete.

Gifts for the Beginner Hockey Player

The Season is Here — What Are the Big Sellers?

Gifts for the Intermediate-Level Hockey Player