Oftentimes, coaches stress to their team the importance of clearing the puck from their zone. Although this is vital in keeping the puck out of a team’s net, it is important to note how the first pass out of the zone can lead to offensive chances and possibly even a goal on the board.

As an analyst for MSG Network, former New Jersey Devils captain Bryce Salvador breaks down the Devils’ play from their 3-2 overtime loss to the Edmonton Oilers on Nov. 9. In this segment, Salvador discusses the importance of a solid pass along the wall, rather than just turning and firing it into the neutral zone.

As Salvador states, the Devils’ offense, which has been much improved from last season, is often being generated from a smart first pass out of the zone. Many defensemen (even a majority in the NHL), would consider just dumping the puck out and starting fresh. Although this helps clear the zone, offensive chances are stolen away as the Oilers would have taken over control of the puck.

How does Will Butcher & Co. do this so well? As any coach will tell you, keeping your head up allows you to read the play and see where your teammates are. Butcher, John Moore and others are seeing the play before reacting and generating offensive chances, even if it is from their zone.

On the Ice with Dano & Sal: Defending with Steven Santini 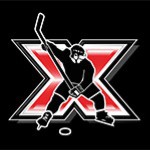 Which Sticks Do They Use? Metropolitan Edition